The Real Story Behind Scarface

The true, stranger-than-fiction tale of the infamous hotel and club that hosted Miami’s Cocaine Cowboys.

As the ’70s crashed and burned into the ’80s, waves of drug kingpins plotted to control Miami. This was their headquarters. 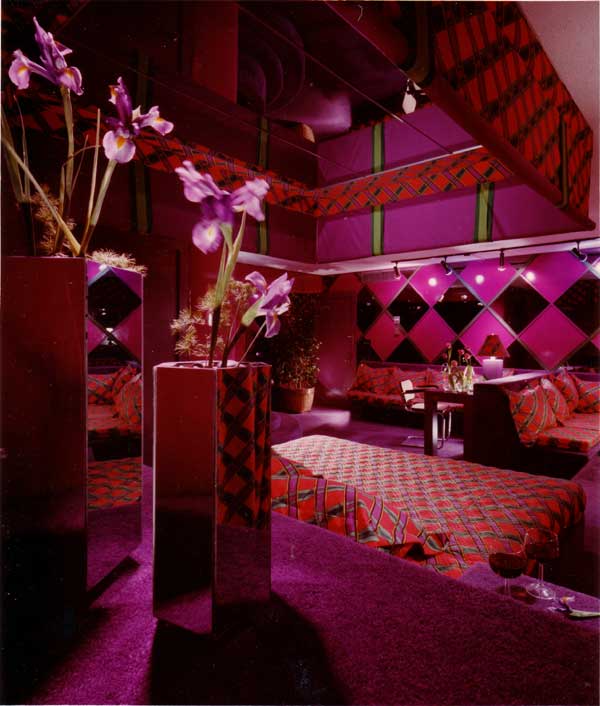 Behind the bar at the Hotel Mutiny, the hottest ticket in town as the clock approached 1980, waitresses and bellhops were stacking whiskey totes full of the white stuff. The tips — pure cocaine packed in hundred-dollar bills — were sluicing in. Everyone was trying to bribe their way to a coveted New Year’s Eve table at the hotel’s swanky, members-only Club, desperate to sit among a guest list that included Liza Minnelli, Ted Kennedy, Julio Iglesias, Burt Reynolds, Arnold Schwarzenegger, the Doobie Brothers and the Eagles. And America’s biggest cocaine kingpins.

Welcome to Hotel Scarface. Roben Farzad’s vividly reported account of Miami’s pre-South Beach heyday tells the true story of the city’s violent cocaine trade and of the infamous establishment at its epicentre, the Hotel Mutiny, which Farzad describes as “an ecosystem for drug traffickers, law enforcement, celebs, spooks, refugees, parvenus, informers, and scammers, playing host to a drama of murder, corruption, betrayal, and licentiousness.”

Having travelled the globe to locate his hometown’s most infamous kingpins, negotiate full access and tease out their stories, Farzad is uniquely placed to tell the tale of how waves of Cuban immigrants pursued their dystopian American dream of controlling Miami’s cocaine underworld, a conspiracy that was plotted in the members-only discothèque of the city’s hottest hotel.

Immortalized in the blockbuster movie Scarface, the story of Miami’s cocaine trade is steeped in popular legend. And from Miami Vice to Grand Theft Auto to the hit series Breaking Bad, the fascination with 1970s-1980s Miami noir endures across the world. But the real-life criminals who inspired the legend have largely shunned attention – until now. 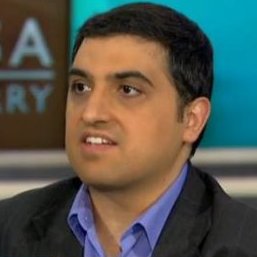 Roben Farzad hosts the weekly program Full Disclosure on NPR One and is a special correspondent on PBS NewsHour. He was previously a senior writer for Bloomberg Businessweek, where he covered Wall Street, international finance, and Latin America.

In his decade at Businessweek, he reported everywhere from Mozambique and Botswana to the Mideast and Medellín, Colombia, to the Dominican Republic and the Niger Delta. He appears on MSNBC, CNN, The PBS News Hour, C-SPAN, CNBC, Dateline NBC, ABC’s Good Morning America, the CBS Early Show and Charlie Rose. He is also a regular on National Public Radio and has co-hosted the Brian Lehrer Show and Bloomberg Radio. Farzad’s byline has appeared in the New York Times, Wall Street Journal, Miami Herald and Boston Globe.

Born in Iran and raised in Miami, Farzad is a graduate of Princeton University and Harvard Business School.

“A journey into the surreal, Hotel Scarface sizzles with exquisitely detailed reporting and a fast-paced narrative that thrusts the reader right into the middle of Miami’s cocaine madness. Farzad’s deft story-telling captures one of the most outrageous moments in American history in such a vivid way.”

“Roben Farzad’s electric prose brilliantly captures boomtown Miami in its coke-fueled heyday. The city has grown up since then, but beneath our gilded, 21st-century veneer lurks the same menacing spirit of the kingpins, caudillos and straight-up whack-jobs who ruled the Mutiny.”

“Thought I was reading a Carl Hiaasen novel. Then I realized it was NON-fiction. Hotel Scarface is to Miami what ‘Narcos’ is to Colombia.”

“Farzad seats you at the table with drug kingpins and offers entre to the fantasy suites of celebrities who flocked to the club.  From bathtubs filled with Dom, to drug and arms runners for Nicaraguan Contras, the finely crafted portraits are so compelling that some readers may experience a contact high.”

“A gripping account of how the Mutiny’s role in Miami’s cocaine business changed not only the city, but America.” 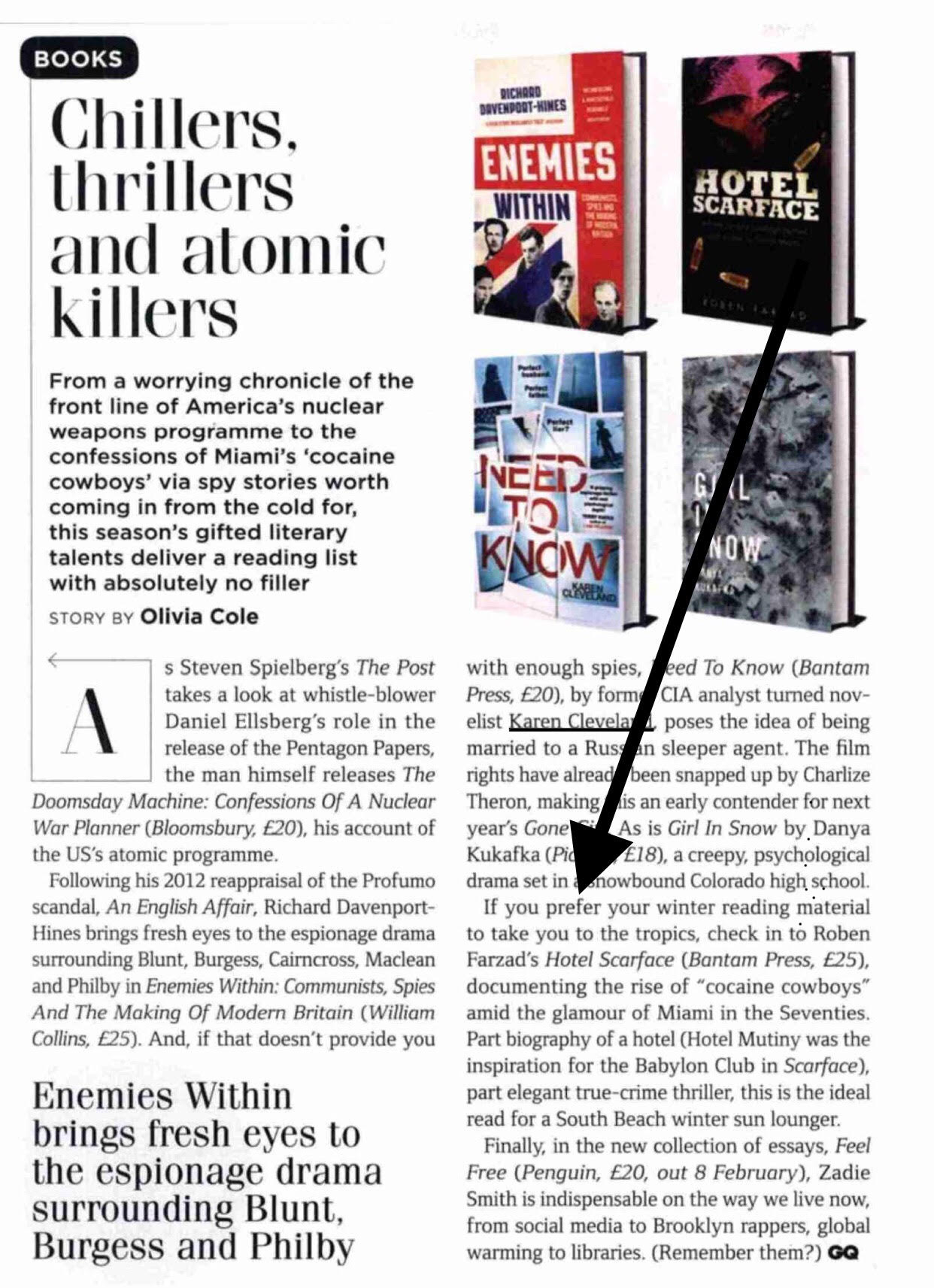